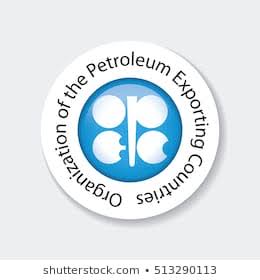 ‎‎Oil prices rose on Monday as China’s plans to ship in large volumes of U.S. crude in August and September outweighed concerns over a slowdown in demand recovery after the coronavirus pandemic and an uptick in supplies.

This is as China ramped up energy and farm purchases ahead of a review of the Sino-U.S. trade deal.

Record crude imports from the world’s top importer and the easing of COVID-19 restrictions globally have supported oil prices.

Although new waves of coronavirus outbreaks in several countries are expected to cool consumption again.

ANZ estimated that demand has risen eight million barrels per day (bpd) over the past four months to 88 million bpd – still 13 million bpd below this time last year.‎

Investors are looking for more clues on future supply from a meeting this week of a panel representing ministers of the Organisation of the Petroleum Exporting Countries (OPEC) and its allies, known as OPEC+.

The meeting of the panel has been pushed back to Aug. 19, a day later than previously planned.

Last month the JMMC recommended that cuts be eased from Aug. 1 to about 7.7 million barrels per day (bpd) from a reduction of 9.7 million bpd since May, in line with an earlier OPEC+ agreement.

“The attention would likely be once again on quota compliance,’’ OCBC’s Lee said.

In the U.S., meanwhile, the number of oil and natural gas rigs operating last week remained anchored at a record low for the 15th week.

This is even as higher oil prices prompt some producers to start drilling again. ‎