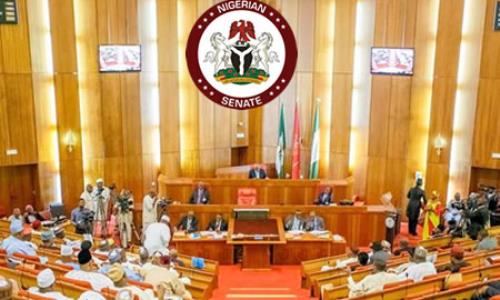 The Senate has dismissed as false media reports that lawmakers are desperate to pass the controversial social media bill, despite its rejection by Nigerians.

It noted that the committee handling the bill has not even submitted its recommendations for the consideration of the whole house at plenary.

The Chairman, Senate Committee on Media and Public Affairs, Ajibola Basiru, made the clarification in a statement in Abuja.

He described the report as false and a lie concocted by the medium to ridicule and tarnish the image of the Senate.

“This report is yet another example of irresponsibility taken too far as there has not been any recommendation for passage of the bill by the Senate.

“It should be a common knowledge by all that the Senate conducts its sittings in the open and matters for consideration are well-laid out and, therefore, would not require anyone’s investigation to ‘dig’ out what the Senate would do.

“The relevant committee of the Senate has not submitted its report for the bill to be passed at all or surreptitiously as claimed.

“We will not allow unscrupulous writers to denigrate the Senate and ridicule the great work that is on-going.”