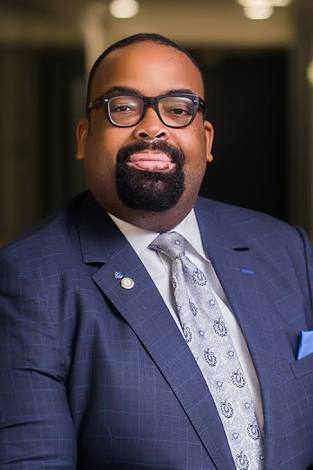 A major upset has been recorded in the Nigerian Bar Association 2020 election as an ‘outsider’ defeated two Senior Advocates of Nigeria to emerge the new President of the association.

Olumide Akpata, a ‎former Chairman of the Nigerian Bar Association Section on Business Law (NBA-SBL), emerged President in the election which ended at 11: 00 pm on Thursday.

The election had commenced at 11:00 pm on Wednesday.

A total of 29,636 lawyers were expected to vote nationwide in the electronic poll, according to NBA’s Electoral Committee.‎

‎However,  Adesina’s supporters have faulted the election, claiming that the poll lacked “all features of credibility and transparency”.

They demanded its immediate suspension to a later date “when a clean list must have been prepared and published”. ‎

‎They alleged that the conduct of the election did not conform with the dignity of the legal profession‎.

“In the build-up to the election, the Electoral Committee of the Nigerian Bar Association (ECNBA) and the leadership of the Bar had promised a free, fair, and credible election that will change the narrative of our recent electoral experience.‎

“Our campaign organisation, in keeping with the hallowed tradition of the Bar, which encourages obeisance to rules and regulations, decided to play by the rules and formally complained to the ECNBA when infractions to the Constitution of the NBA were noticed.

“Our ICT consultants have further informed us that though the voting site ostensibly appears credible on the surface, it is apparent that the data uploaded to the site was programmed and pre-configured to achieve a desired result in an obvious case of data diddling.

“Consequently, we have every cause to query the data uploaded on the voting platform as same appear to have the imprint of a manipulated poll.

“Several members of some branches where our candidate enjoys huge support including the Ikeja Branch, Ibadan Branch, Enugu Branch and Ilorin Branch did not receive voting links for election.

“It is on record that none of the aspirants was given an opportunity to interrogate the voting portal prior to the election.

“Surprisingly, the final voters list which was released about 5 hours to the commencement of the poll contrary to the provision of the NBA Constitution (2015) as amended, which provides that same shall be released not later than 28days before the election, contained the names of at least 86 persons alleged to be members of International Diaspora.

See also  A woman can take over from Buhari in 2023... Amina Mohammed

“We wonder when the NBA established an International Diaspora Branch! There were also over 4,000 names without Branch.

“Several Branches had names of their members uncaptured while several strange names were wrongly added to the lists of some other branches.‎”