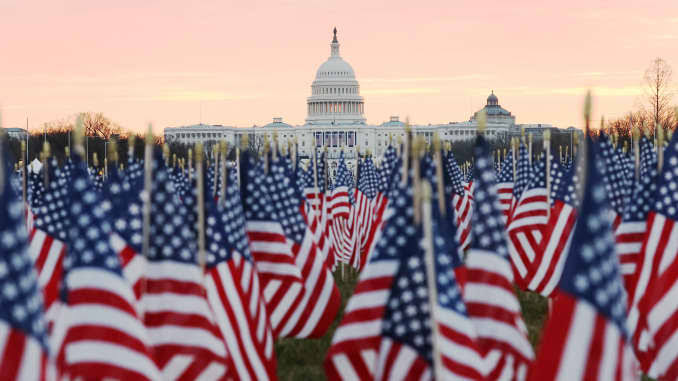 The United States Department has accused Nigerian government and terrorist groups including bandits of serious violations of human rights.

In its Nigeria 2020 Human Rights Report just released, it said: “There were reports that members of the security forces committed human rights abuses. Civilian authorities did not always maintain effective control over the security services.”

It lamented that the insurgency in the Northeast by the militant terrorist groups Boko Haram and the Islamic State in West Africa has continued.

It decried that the groups conducted numerous attacks on government and civilian targets, resulting in thousands of deaths and injuries, widespread destruction, the internal displacement of more than two million persons, and the external displacement of somewhat more than an estimated 300,000 Nigerian refugees to neighboring countries as of December 14.

It alleged that “the significant human rights abuses included the unlawful and arbitrary killings by both government and non-state actors; forced disappearances by the government, terrorists, and criminal groups; torture and cases of cruel, inhuman, or degrading treatment or punishment by the government and terrorist groups; harsh and life- threatening prison conditions; arbitrary detention by government and non-state actors; political prisoners; serious problems with the independence of the judiciary; arbitrary or unlawful interference with privacy; serious abuses in an internal conflict, including killing and torture of civilians; serious restrictions on free expression, the press, and the internet, including the existence of criminal libel laws; substantial interference with the rights of peaceful assembly and freedom of association, in particular for lesbian, gay, bisexual, transgender, and intersex persons; severe restrictions on religious freedom; serious acts of corruption;
trafficking in persons; inadequate investigation and accountability for violence against women; the existence or use of laws criminalizing consensual same-sex sexual conduct between adults; and the worst forms of child labor.”

The report while admitting that the government took some steps to investigate alleged abuses by police, including the Special Anti-Robbery Squad and military forces, but “impunity remained a significant problem. There were reports of further progress in formally separating and reintegrating child soldiers previously associated with the Civilian Joint Task Force, a nongovernmental self-defense militia, which received limited state government funding.”

It accused Boko Haram and the Islamic State in West Africa of continued attacks on civilians, military, and police; recruited and forcefully conscripted child soldiers; and carrying out scores of person-borne improvised explosive device attacks–many by coerced young women and girls–and other attacks on population centers in the Northeast and in Cameroon, Chad, and Niger.

It alleged that there continued to be disrespect for the integrity of the person, including freedom from arbitrary deprivation of life and other unlawful or politically motivated killings, with cases of disappearance, torture and other cruel, inhuman or degrading treatment or punishment.

It also alleged that prison and detention centre conditions remained harsh and life threatening, adding that the military continued to arbitrarily arrest and detained individuals under the disguise of maintaining law and order, with denial of public trial to certain persons and the continued incarceration of Sheikh Ibrahim Zakzaky and his spouse as one of the celebrated cases of political prisoners, among other infractions.

UK offers to work with Nigeria to end insecurity