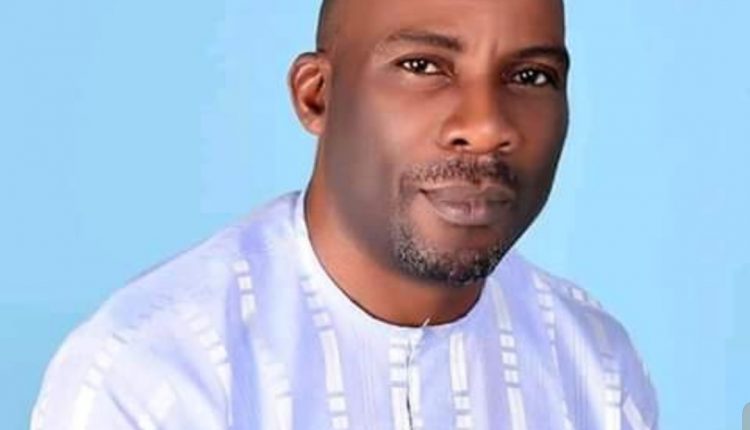 Viewpoint: EBONYI: THE THEATRE OF POSSIBILITIES

Today is October 1, 2020. On this day, exactly 24 years ago, the present day Ebonyi State was created. I remember that winter morning, when the then Head of State, Gen. Sani Abacha was to address the nation on her 36th Independence Anniversary. For our fathers in the struggle for the creation of Ebonyi State and the rest of us, that speech stood between our past and our future. Expectations were high. Tensions rose to the crescendo. Our eyes and ears were glued to media channels to hear what would be our fate. By then, we had reached a breaking point and it was clear that we either get the state or we perish in our woes.

With the landmark pronouncement of October 1, 1996, a phenomenal day in history, we got Ebonyi and with it, our freedom from exploitation and liberation from subjugation. But it was really a tortuous journey, a story we won’t forget in a hurry. It was a story of criminal neglect and systematic deprivation. It was a story of dark days when our people were scorned and humiliated, when jackals exploited our resources and desecrated our land. We have not forgotten how our land lay in ruins, when our roads were deathtraps and our waterways were desolate. We have not forgotten when our leaders were treated as glorified houseboys and the vast majority of our people were hewers of wood and fetchers of water. In those days, we were ashamed to publicly declare our identity nor proud of our heritage. Our psyche was hurt; our egos were injured. We were beaten but we were not broken.

In those days, dust and dirt defined us.We were literally given the backseat in the assembly of important people. Few unimportant political offices were given to a privileged few as token of favour and not as rights. We have not forgotten the number of our people who got drowned trying to cross the rivers to connect with their next door neighbour and access their farms. Though a hardworking people, we had nothing to show for our hard work; strangers fixed prices for our food crops and bought them in their own terms. There were no roads to our villages and no bridges across our rivers. Schools were few and the roll call was low. Healthcare was luxury for many and our pregnant woman were rode on wheel barrows on long distances to seek the attention of caregivers and there were no ambulances to handle emergency cases. Indeed, life, for our people in those days, was miserable.

It is on the basis of this narrative that we would understand what Ebonyi has become and is fast becoming. With the creation of the state, we took a journey away from our past and into our future. Unfortunately though, we were never given the slightest chance at success. The Sanbalat and Tobiah of our time made jest of us, mocked us and ridiculed us. They told us to our very faces that we don’t have what it takes to be a state, to run a state and survive as a state. They looked at who we appeared to be and where we were coming from and drew the conclusion that we lacked the endowment and human resources to join the league of states.

From the onset, the real task was how best and fast to prove naysayers wrong by translating the dreams of our founding fathers into concrete reality, namely to fix our damaged psyche, use our resources to develop our land and get our people to march to the rhythm of the time. The challenges were frightening, but we were undaunted. Our will was strong and so was our resolve to chart a new course for ourselves. Everything on ground today points to the fact that our founders did not labour in vain. Ebonyi people have proved in many ways, in both public and informal sectors, that we have men and women of great capabilities and immense endowments that can make a difference when it matters most. Ebonyi people have made and are still making their mark in political leadership, in the business world, in the media, in arts and entertainment industry, in the academia and in sports to the point that we can proudly say that the rejected stone has become the chief cornerstone. We shall explore this in details in our subsequent articles. The focus of this piece is to highlight the significant interventions which successive administrations have made since the creation of the state to facilitate the development of the once forgotten land.

The election of Dr. Sam Egwu, the first indigenous governor of the state was a watershed in our history. Through the now famous June 1999 declaration, Give. Egwu made education free, functional and compulsory. He expanded the walls of our educational institutions and literally took us to school. It is to his credit that almost every household in Ebonyi State has University graduate. Under his watch, a good number of our people acquired education in foreign land. Most of the beneficiaries of that policy are today paying their dues as professors, researchers and technocrats. Egwu helped us to discover our true essence. Egwu buoyed and rekindled our confidence in our abilities as humans. Egwu made us understand that we are good enough to live, study and work anywhere in the world. He saw the Ebonyi man, not who he was but who he could become. He saw our possibilities.

The arrival of Chief Martin Elechi, the living legend and conscience of Ebonyi State movement was phenomenal. Having led the movement for the creation of the state, he understood the masterplan for its development and that formed the basis of his agenda. It is to his credit that a new city could be built without destroying the old. His unity bridges connecting all the rural communities to the capital city are eternal monuments. The two mega water schemes, the ultramodern state Secretariat and the International market he started are legacies that will etch his name on marble. Through these projects and many others, Gov. Elechi expanded our frontiers of possibilities.

Then came Engr. David Umahi, the third Executive Governor of Ebonyi State. His vision as encapsulated in his mission statement was mainly to upgrade the physical status of Ebonyi State and make it a model that would become the pride of Ndi Ebonyi, the admiration of visitors and a destination of choice for investors. And true to his promise, the engineer governor brought to the table, his transformative ingenuity in redefining the infrastructural landscape of the state.

Today, Abakaliki capital city is a beauty to behold. The urban roads and the highways have received the touch of a master craftsman with flyover bridges signposted at strategic locations within the capital city, semi-urban areas and along the highways. Ebonyi streets are lit to stimulate nightlife and to enhance security surveillance. Gov. Umahi has completed International market located along the Enugu-Ogoja Trans-Regional highway; he also initiated the construction of the largest shopping mall in Nigeria which when completed will change the face of trade and commerce. Presently, work is ongoing on the proposed International airport and an Olympic-size Stadium. This is not forgetting the Ecumenical centre which various commentators have described as the best in Nigeria.

It is significant that within 24 years, a land that had nothing going for it has not only recovered but is set to overtake other major cities in Nigeria and even stand shoulder to shoulder with some of the most sophisticated cities in the world. It is salutary that the state that suffered many decades of denials and deprivations is fast becoming the toast of the nation in infrastructure. With all these, Ebonyi is on the path to economic development which will ultimately result in better life for the people. We need good roads to move our goods and farm produce from one location to the other. We need the market for our business. We need the airport to bring world to our doorstep for investment in trade and tourism. Just as every responsible father prepares for his grandchildren, so a responsible leader plans for the next generation. Umahi, like those before him, understands this. He believes that though we may not as yet have the planes to fly, the future holds a promise. He believes that soon Ebonyi will become the Eastern gateway to the world.

Some critics question the rationale for these mega projects when, according to them, majority of our people still live below poverty line. They think that stomach infrastructure should be erected before we can drive on elevated grounds and access the world through our airspace. But I ask, should we wait until that happens before these structures are put it place? I disagree. No great nation ever did. Infrastructure hold the key to development and great cities were built by those who saw the future. For me and for most people of goodwill, we need these projects today and we will certainly need them in the future, when we shall witness population explosion and other development dynamics. Infrastructure and human capital development need to run simultaneously in order to achieve sustainable development. We can’t afford to sacrifice one on the altar of the other.

See also  What Makes It Marriage?

Apart from the economic importance of these infrastructure doting the landscape of Ebonyi State, we need to occasionally stop to ponder on the social and psychological value these projects bring to our image as as a state and as a people. Can we quantify the joy and the rush of adrenaline we feel each time we imagine these projects in our own land and in our own time? Our environment speaks to our worth. The truth be told: those who mocked us in the past, stand in awe today each time they behold the sight and hear the sounds from a once neglected, backward forgotten area.

Each time we walk through the streets of our cities and see light in every corner, we remember our dark past; but more importantly, we catch a glimpse of how bright our future is. Each time we look at the magnificence of the market and the shopping mall, we realize that Ebonyi will soon become a hub for commerce, trade and investment. Each time we cross our rivers, not on wooden canoes but on long span, strong concrete bridges, we remember the woes of our past but feel the joy that never again will our people get drowned helplessly. Our wide concrete roads show to the world how wide and strong are our desire to become great. The airport is a statement of our tall aspiration to be counted among the players in the global arena. The splendour of the Ecumenical centre reminds us of the glory that awaits us as a people under God’s watch.

Ebonyi is a theatre of endless possibilities and our infrastructure and the ability of its people are pointers to this fact. Who would have imagined that in less than 24 years of its creation, Ebonyi would become the reference point of everything good and admirable? In few years to come, the whole world will bear witness to the fact that of a truth, Ebonyi is truly the Salt of the Nation.