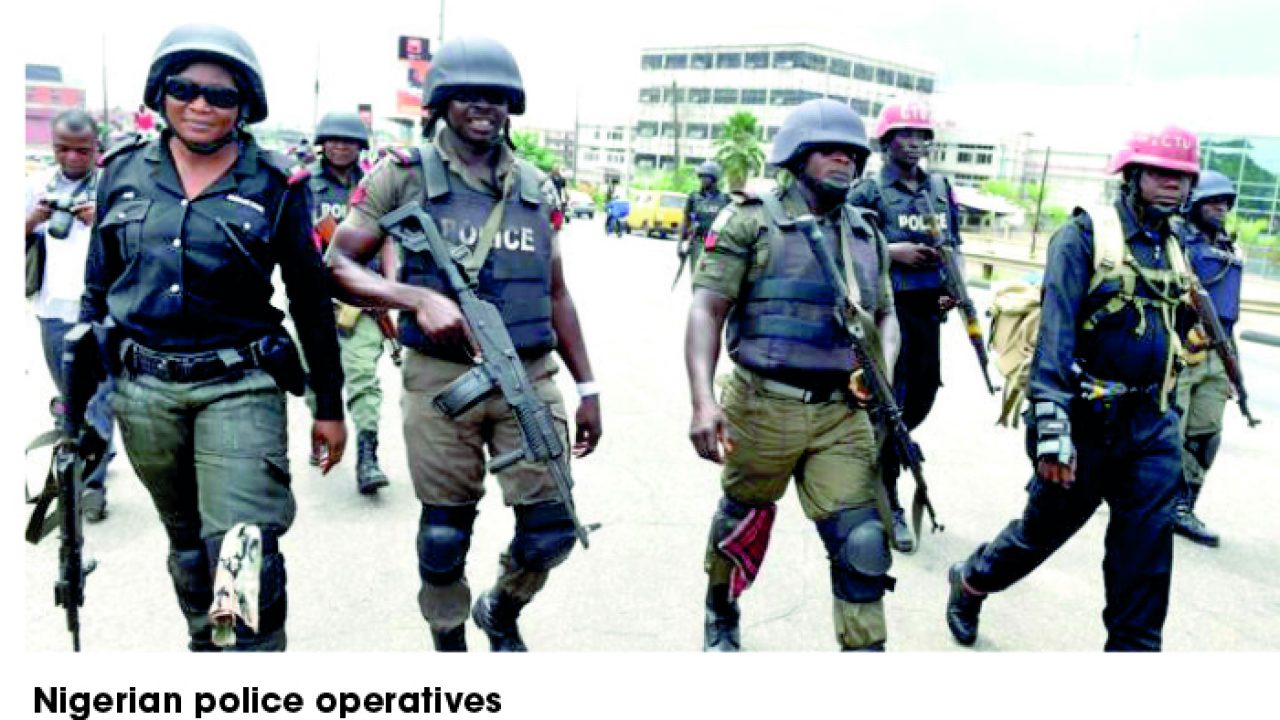 The Nigeria Police Force has arrested two policemen and a civilian for the dehumanizing treatment of a female citizen as shown in a viral video on Wednesday, 22nd July, 2020.

The police said those involved in the act would face disciplinary action.

The 25-year old female citizen simply identified as Towobola was seen in the amateur video in handcuff while a policeman who identified himself as ‘Wyclef’ along with his colleagues continued to  interrogate her.

The lady was said to have been arrested in Ibadan, Oyo State when policemen raided a building where a suspected kidnapper was living. But, after taking the suspect away, the policemen continued to interrogate her and in the process accused her of sleeping with the kidnap alleged kidnapper.

But, in a series of tweets Thursday night, the police said identified its officers in the video as ASP Tijani Olatunji and Inspector Gboyega Oyeniyi who are originally attached to the Area A Police Command in Lagos but travelled to Ibadan for a legal operation when the incident occurred.

According to the Force, two of the officers were being detained at the State Criminal Investigation Department, Yaba, while two others had yet to be arrested.

“Following investigations into the dehumanising treatment of a female citizen as shown in a viral video on Wednesday, 22nd July 2020, the Nigeria Police Force has identified three police officers.

“The Inspector-General of Police has ordered discreet investigations into the circumstances surrounding the dehumanising treatment meted out to the female citizen in the viral video.

“One civilian accomplice who participated in the unprofessional act; two suspects, ASP Tijani Olatunji and Inspector Gboyega Oyeniyi have been arrested for their role in the discreditable conduct and incivility to a member of the public.”