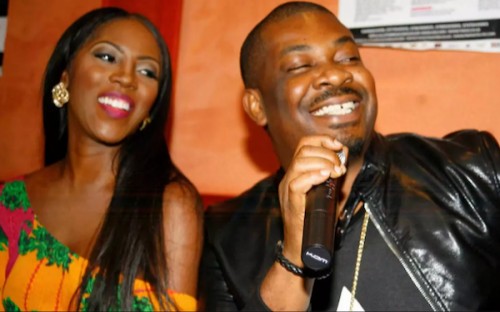 The Department of State Services (DSS) has denied inviting celebrated music producer and singer, Don Jazzy and Tiwa Savage respectively for questioning as reported by some online media, Wednesday.

The two entertainers were reportedly invited for questioning over some political they reportedly made.

Aside, Jazzy and Savage, the report as stated that other entertainers including Yemi Alade and Waje were also invited by the Commissioner of Police in Lagos.

But, the Public Relations Officer of the DSS, Dr Peter Afunanya dismissed the claim as false.

He said, “We didn’t invite any musician.”

Also, the spokesman of the Lagos State Police Command, Bala Elkanah said the also denied knowledge of such invitation.

He said that Zubairu Muazu, who is said to have invited the singers, “ceased being CP more than 10 months ago.”

“The present CP is Hakeem Odumosu, who came in November last year. Zubairu Muazu has even retired from service; he retired as an AIG.”