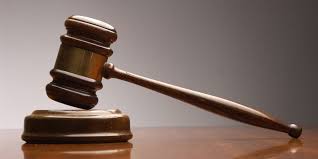 ‎An Upper Shari’a court sitting at Kofar Kudu, in Kano, on Wednesday sentenced one Mati Audu, 70, to death by stoning after he was found guilty of defiling a 12-year-old girl.

It was gathered that Audu admitted before the court that he defiled the minor and was willing to accept the punishment.

The presiding judge, Abdullahi Sani Sarki Yola, gave the verdict after Audu, a resident of Falsa in Tsanyawa Local Government Area, willingly confessed to his crime before the court. ‎

The judge noted that Islamic teachings gave Audu the chance at three different court sittings to reverse his confession in order to save himself from the punishment.

Audu insisted that he defiled the minor and was ready to be stoned to death.