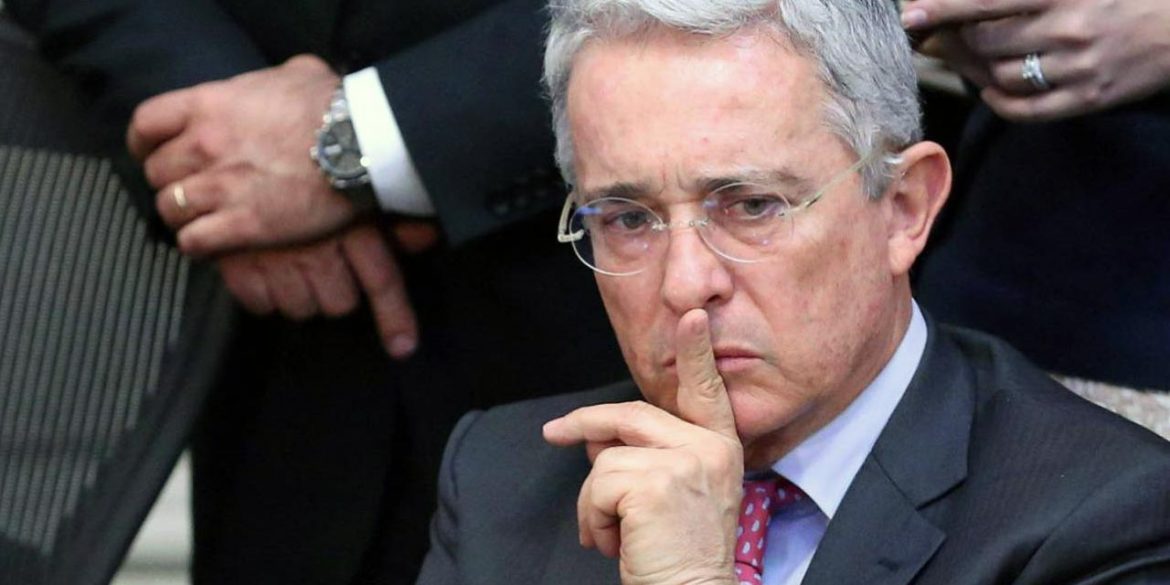 Following allegations of fraud and witness tampering leveled against the former President of Colombia, Alvaro Uribe, the ex-leader has announced his resignation as a senator in the country.

The former leader who is presently being held under house arrest said in a letter to congress said his decision was because it was impossible “to return to the Senate”, a post he has held since 2014, due to the procedure launched against him.

The 68-year-old, who heads the Democratic Center party of current President Ivan Duque, previously resigned in July 2018 after the Supreme Court summonsed him.

He seemingly did so in an attempt to escape investigation by the Supreme Court — which is the only body with judicial jurisdiction over legislators.

He had accused the court of being biased against him.

However, just a week later he retracted that resignation and the investigation against him continued.

The court ordered him held under house arrest two weeks ago, saying “from there (he) can mount his defense with all the guarantees of due process.”

Even if his latest resignation is accepted, he would not escape investigation and the case would pass to a lower court.

In 2012, Uribe filed a complaint against leftist Senator Ivan Cepeda, who Uribe says hatched a plot to falsely link him to paramilitary groups.

But in 2018, the court instead opened a witness tampering investigation against Uribe.

In his letter to Congress, Uribe complained about “the violation of eight procedural guarantees” and claimed to have been the victim of “illegal and malicious wiretaps … and selective leaks to political opponents and journalists.”