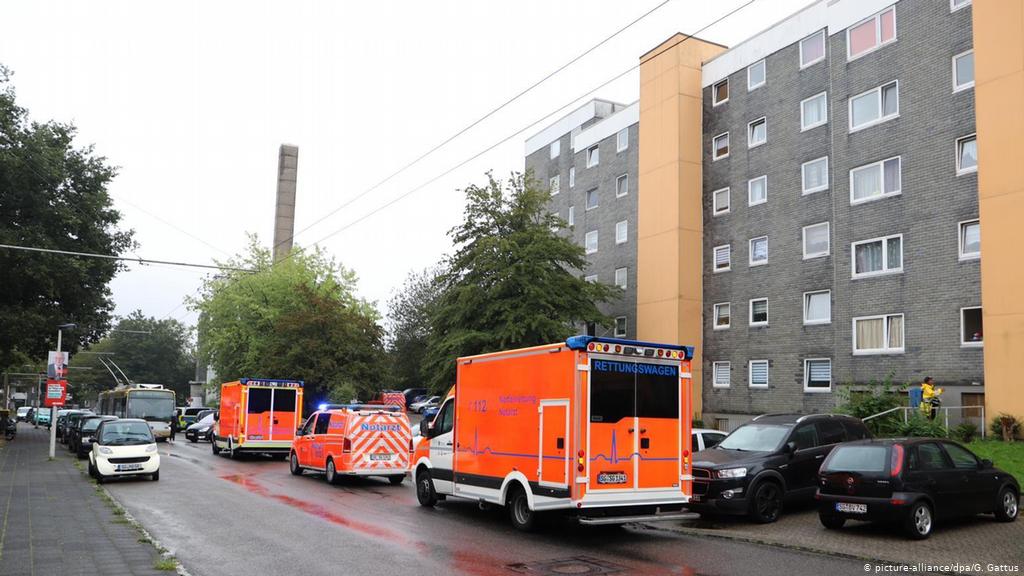 A 27-year-old mother, Christiane K., allegedly poisoned five of her six children in Germany before trying to take her own life by throwing herself in front of a train.

The bodies of the children aged 1, 2, 3, 6, and 8 were later found in a flat by cops in Solingen, western Germany.

According to Metro.UK,  a police source said the children had been poisoned with tablets.

Her sixth and eldest child, an 11-year-old boy named Marcel, was unharmed and is said to have traveled with his mother on the train before she got off at Dusseldorf, according to local media.

Reports suggest Marcel is now being cared for by relatives, although police said they have so far been unable to contact the children’s father.

Medics rushed to the flat shortly after 2 pm yesterday after the children’s grandmother raised the alarm, police said.

Stefan Weiand, a police spokesman at the house, described it as a ‘tragic situation’, adding that the mother was not yet in a fit state to answer questions.